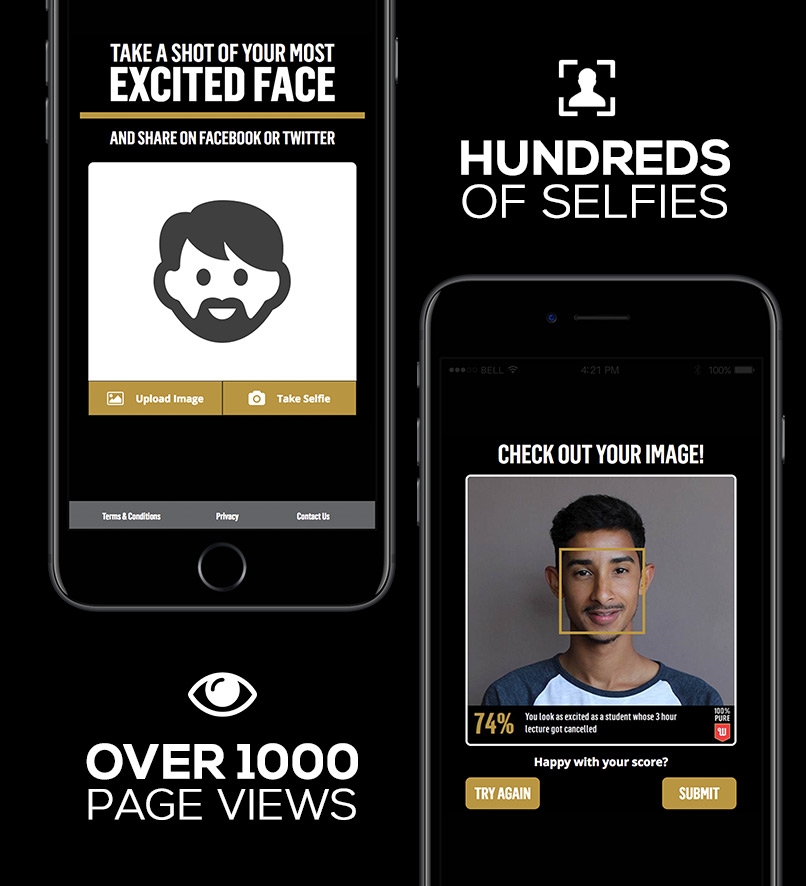 You can tell a lot about how a rugby match is going by scanning the faces of the crowd. The look of elation when a try is scored. Anxiety when your opponents are awarded that penalty. Upset when you feel the ref is being unfair. Relief when you win the scrum. And sheer satisfaction when you can crack open a Windhoek at halftime.

For rugby players and fans, Currie Cup season means getting your game face on. It’s an exciting season of rugby, which calls for a great beer. But how could we turn that excitement into online engagement with Windhoek Draught, one of the two official sponsors of the Namibian Rugby Union?

People love taking selfies. What if you could upload a selfie and get rated on your level of excitement to win cool stuff? The more excited you look, the more prizes you can win.

We used facial recognition technology on a microsite to literally scan the faces of user-submitted selfies. Facial mapping detects and rates the emotion in the photo. Fans can see their score, their selfie and some LOL-worthy copy describing their level of excitement. “You look as excited as someone wearing shoulder pads in the 90s.”

If you scored over 60% you’d be eligible to enter the competition. Fans had their selfies featured on a live stream page, from which they could download and share to their social media accounts.

Select fans at rugby games who uploaded selfies with promoters had their game faces streamed live on the big screen at the match.

The campaign is still running, but so far it’s seen hundreds of selfies loaded and thousands of page views.