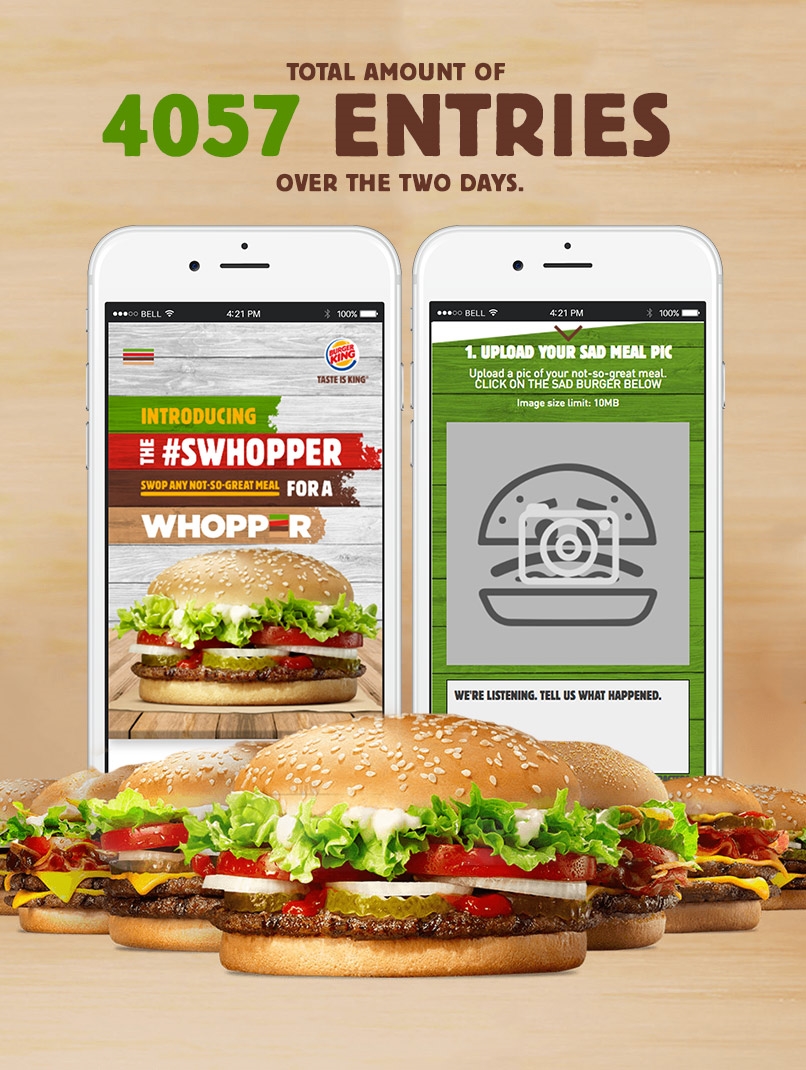 What A Swhopper of a Day For Burger King

A project we were so excited to be a part of last year was the Burger King Swhopper Day. Idea geniuses, Jupiter Drawing Room came up with the most awesome idea of ‘swhopping’ an image of your less amazing meal for the chance of winning a Burger King Whopper voucher – how swhopping cool is that?!

Burger King gave away a total of 1500 whoppers over two days and the first Swhopper Day coincided with McDonald’s birthday, because well, we’re cheeky like that.

Taking digital lead, Techsys Digital created a moderation dashboard where entries could be managed and published on the microsite, and winners could be drawn on both Swhopper Days.

Winners received an SMS with a Wicode which they were able to redeem at any Burger King branch (our friends at Yonder handled the Wicode integration).

The campaign was a whopper of a success with a total of 4057 entries received over the two days! Now that’s what we call a swhoppalicious campaign!