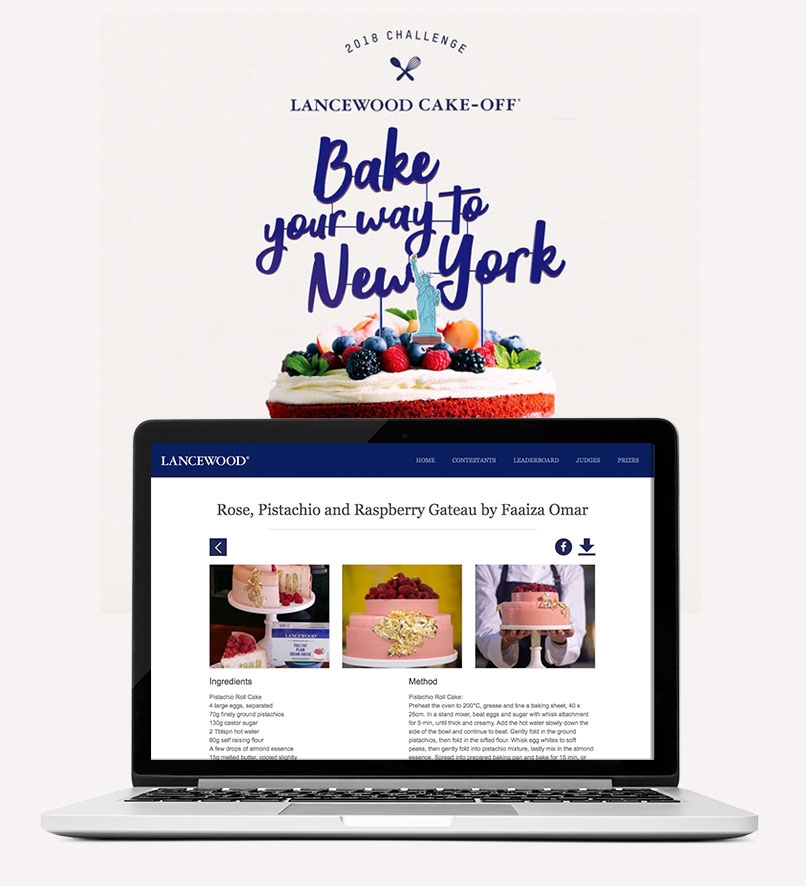 Lancewood Cake-Off 2018 was a resounding success, shattering records for the highly popular campaign. The competition asked the public to bake their finest cake with a Lancewood product. Participants uploaded a photo of their cake and the recipe onto the microsite, the public voted, and the top 3 entrants baked their cakes live for an illustrious panel of judges. The ultimate winner was awarded a trip of a liftetime to New York and a cash prize.

The client presented Techsys with the task of making Lancewood Cake-Off 2018 an even greater triumph than the 2016 campaign, which received more than 300 entries and generated highly positive buzz around the Lancewood brand. For 2018’s Cake Off, how could entries be doubled?

Social media, print, and TV directed the public to the campaign home – a highly functional microsite built by Techsys. The site guided users seamlessly through the life cycle of the campaign and was redesigned to reflect each phase. In the first phase, for instance, the site only allowed users to enter the competition, while the second phase promoted users to vote from the entries. This kept participants returning to the site to engage with it in a different way, charting the journey of the campaign and building their emotional connection to the outcome and the Lancewood brand.

By the end of the campaign 1068 valid entries were received – more than tripling 2016’s result. In excess of 80 585 votes were cast, which drove huge volumes of traffic to the site, and demonstrated a massive level of engagement from the public.