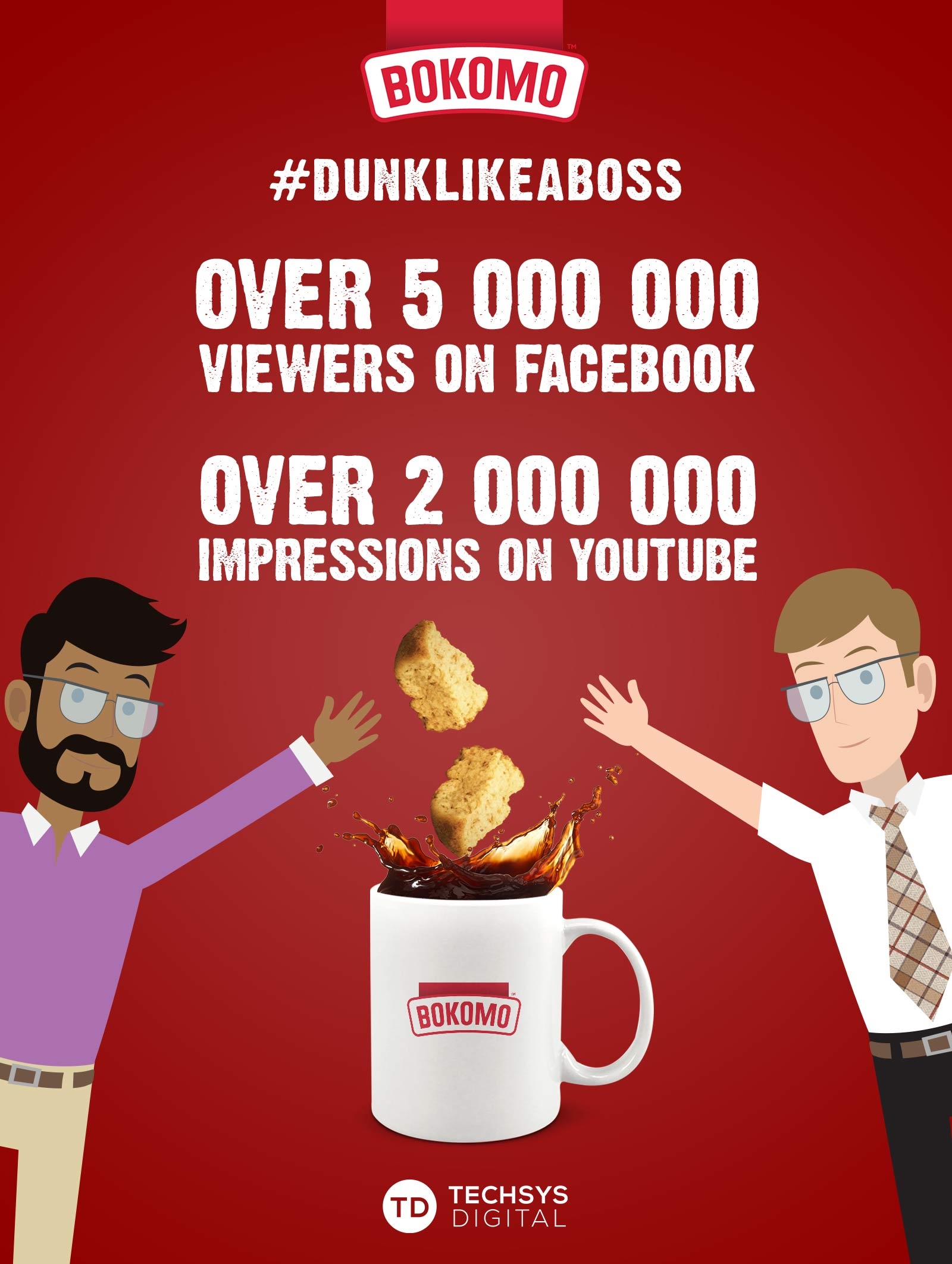 Bokomo Rusks are famous for how much people love to dunk them in their favourite beverage. The iconic South African brand wanted to find a way to build on this love of dunking to engage and entertain their audience online. Bokomo called on Techsys Digital and creative agency Duke to bring to life the “Dunk Like a Boss” campaign.

In the style of mockumentary TV shows like “The Office”, the Dunk Like a Boss campaign centres around a group of hilariously awkward characters in their workspace, as dunking fanatic Llewellyn strives to become a rusk influencer. From the mafia-inspired Cigar Dunk to the romantic Bae Dunk, Llewellyn and his co-worker Cobus go full-tilt to uproariously demonstrate all the ways you can dunk. Each video ends with Llewellyn challenging the audience to share their own unique dunking styles in the comments to stand to win Bokomo Rusk hampers.

To get the side-splitting videos the reach they deserved, Techsys Digital’s paid media team got to work promoting the videos on YouTube and Facebook. And reach they got! Over five million unique viewers enjoyed the videos on Facebook, while the videos garnered over two million impressions on YouTube. The campaign also managed to beat paid media benchmarks across the board, with a CPM of R10.96 on Facebook and a CPV of R0.23 on YouTube – compared with benchmarks of R55.96 and R0.33 respectively.

The Dunk Like a Boss campaign also received excellent engagement, generating over 600 000 engagements on Facebook and earning the brand 356 subscribers on YouTube. The average post received over a hundred likes, 21 comments and 18 shares. To fuel engagement Techsys edited the best dunking entries into weekly highlight reels. The Techsys community management team responded to these as if they were the various characters from the videos – creating interest in the comment threads of the posts.