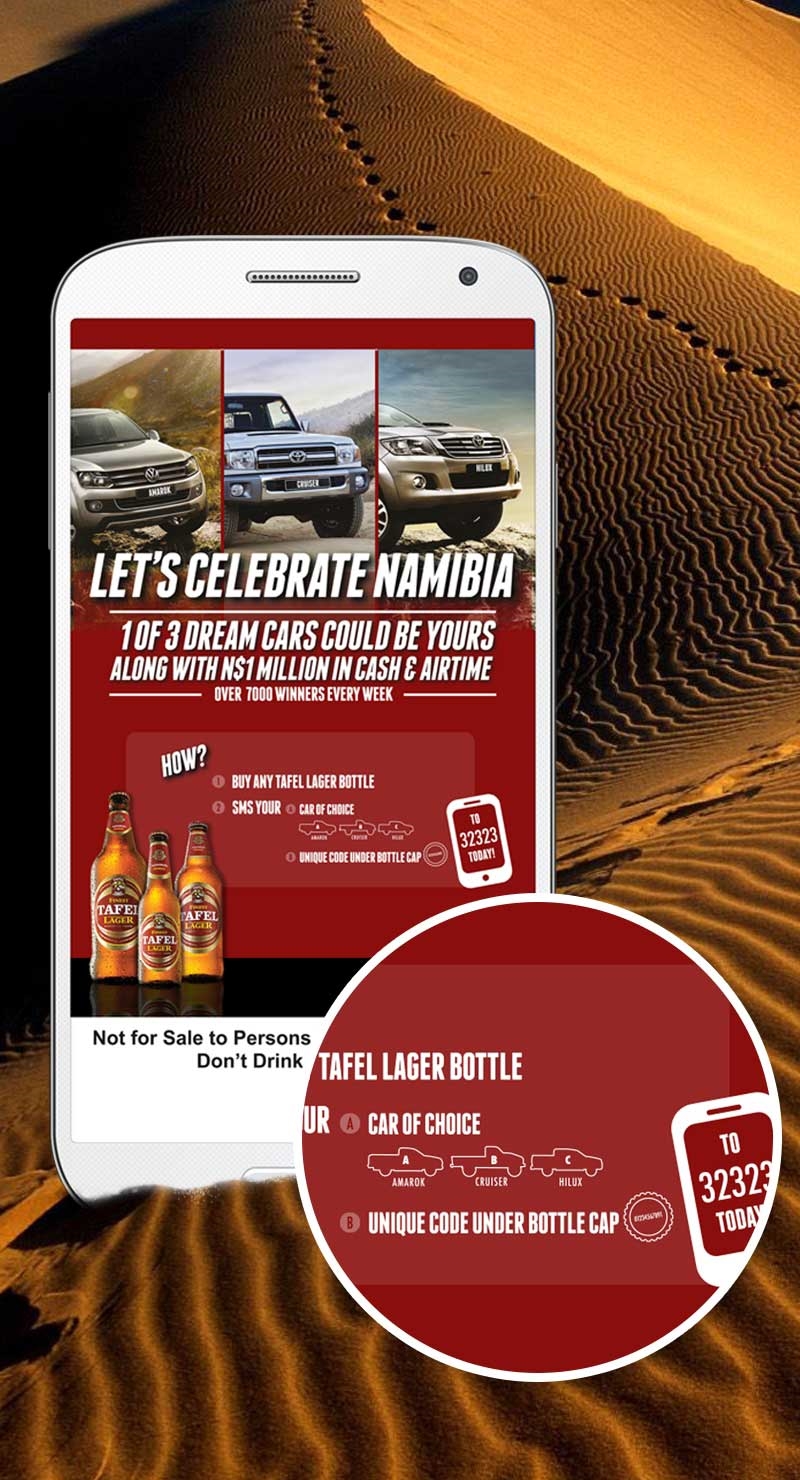 The campaign outperformed the brand’s targets, attaining 3.5 million entries in two months and contributing to a significant volume uplift over the campaign period.

Eighty three percent of these consumers were new - effectively underscoring the campaign’s success in recruiting new consumers to their opted-in database. In addition, the campaign served to enrich existing consumer data.

Weathermen & Co is the lead agency for Tafel Lager and partnered up with Techsys Digital to collaborate their core skills to develop this engaging National Consumer Promotion. Local brand knowledge along with Above-The-Line advertising, combined with a clever digital strategy and integration, resulted in an incredibly successful 360-campaign.

“The big data system has been a major shift in the way we engage with consumers when we run our competitions” says Andrew Walmsley – MD of Techsys Digital, “it allows us to engage with consumers in a personal way, effectively holding thousands of individual conversations, and not the standard “valid”, invalid, duplicate replies of the past”.

The tone of the conversation can be adjusted in real-time by the SMS line data engine to ensure that consumers were spoken to in a way that they are more likely to respond to.

This lead to two significant advantages for brands:

1) Volume of entries – we received, on average, over 20 entries per consumer – which equates to over 20 purchases each.

2) Efficient consumer data enrichment – our system enriches data in a highly sophisticated manner, ensuring we gained useful information from most of the consumers.

Impressed? So were we!