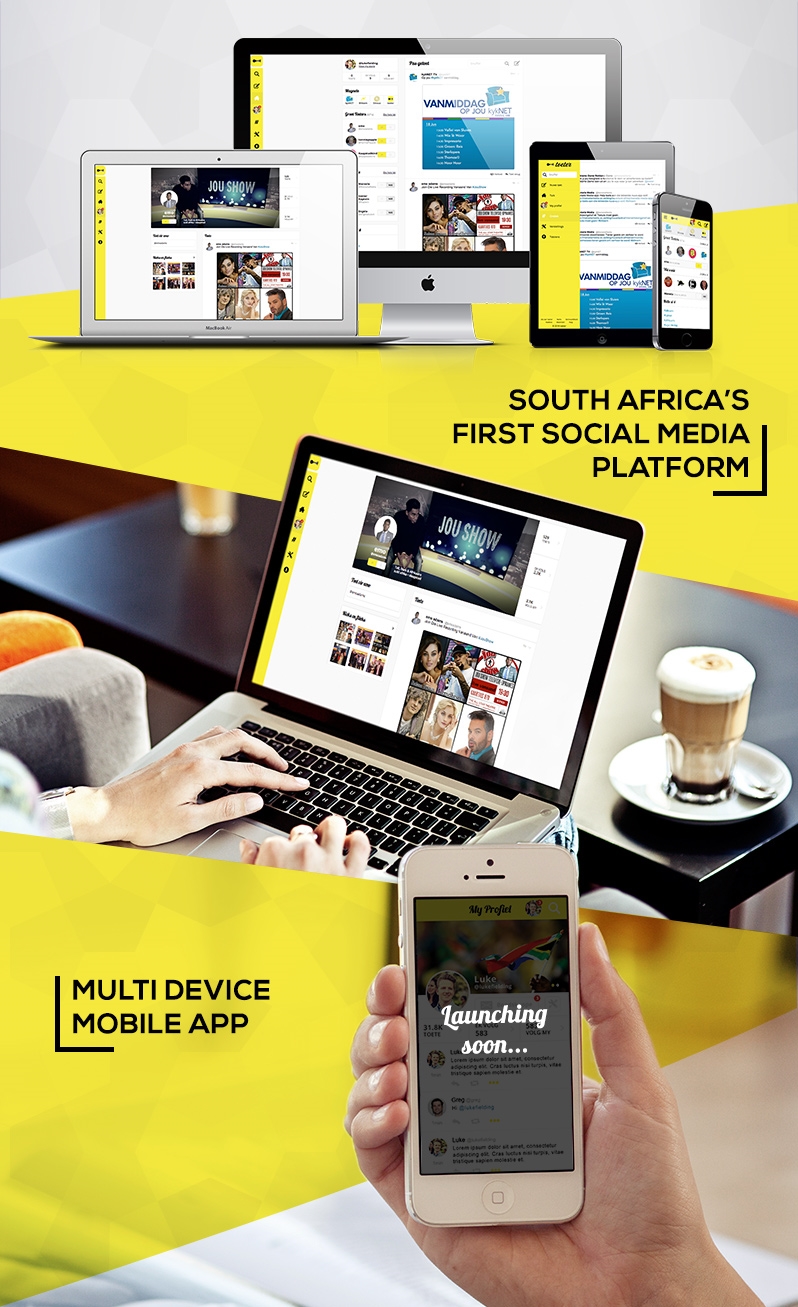 The beginning of May 2014 saw the launch of the first ever Afrikaans social media platform – designed and built by none other than our talented team.

Despite the name toeter, the platform has a lot more on offer than simply being an Afrikaans Twitter. It was borne with a particular target market in mind – namely those wishing to celebrate their vernacular. In tech terms, it’s a complex network of integrated systems working together to comprise a high performance message platform.

The user journey for toeter is simple yet intuitive, with nuuskierige people being able to sign up via a quick and easy process. Furthermore, using ‘Wie’s Wie’ search results, newbies can easily find other people to follow.

Founder Frans Roelofse explains: “It’s just a lekker way to communicate and to celebrate your own language” and serves “for people to communicate in the language of their heart”.

The platform can also be seen within a broader global context, namely the trend of digital tribalism. This describes segmentation into “tribes” – where there is a strong feeling of identity within subsections of social media and similar. Platforms like toeter are embracing this niche market, and all of its subtleties and nuances.

The Techsys team undertook plenty of big data research and prototyping to guide the build. The end result? A mix of the best technologies: a lightweight user interface built in AngularJS running on a load balanced API which will soon be opened to public (much like Facebook and Twitter’s API's). The data is stored in a new graph-style database which allows for billions of toets and user interactions to be stored without things slowing down. There are also a number of supporting systems managing backups, monitoring, URL shortening, ID generating and spam.

Not only has the platform received positive industry PR, user figures are already standing at tens of thousands. See Toeter live in action.